Pay gap means women must save more (3%) to get the same pension income.

New research reveals that women will have to save an average of 3% more than men throughout their careers to enjoy the same income in retirement.

Research carried out for Telegraph Money by Prudential, the pensions company, revealed the disparity, which is a result of the gender pay gap.

Assuming two 25-year-olds spend 40 years paying into a pension with the goal of having an annual retirement income of £25,000, a man will only have to save around 10.67% of his salary while a woman would have to save 13.3%. 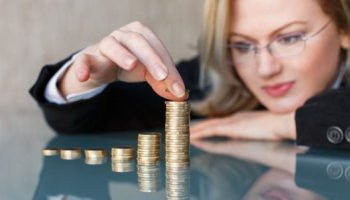 The “gap” is caused by the “average” woman earning less than the average man over their lifetime. As a result, they need to save a greater proportion of their salary to produce to the same income in retirement.

The calculations assume you build up a pot until the age of 65, after which you draw down an income.

But Sam Smethers, the chief executive of the Fawcett Society, which campaigns for gender equality, said the difference could actually be far worse.

“This research shows women are having to save a bigger share of their earnings throughout their working lives if they want to get the same pension in retirement as men. But far from saving more, women are likely to save less than men,” she said.

“Pension saving inequality is actually much worse than this report suggests. The model assumes that women have an unbroken contribution record.

“But we know that women are much more likely to take breaks from paid work to have children or care for others. This widens the pay gap and leads to a pensions gap of 40pc.”

Further research by Prudential reveals women retiring in 2017 will be on average £6,400-a-year worse off than men, up by £1,000 on last year. Retirement income expert Kirsty Anderson said women suffered as they are more likely to take time off in to look after children, therefore not making contributions to pensions or national insurance.

“Women taking time off could, if they can afford to, pay into a pension scheme and not many people know but you can actually make voluntary national insurance contributions,” she added.

“At some point you are going to stop earning and at that point you will need an income. The sooner you start to save, even just a small amount, the better off you will be – and that’s regardless of gender.”