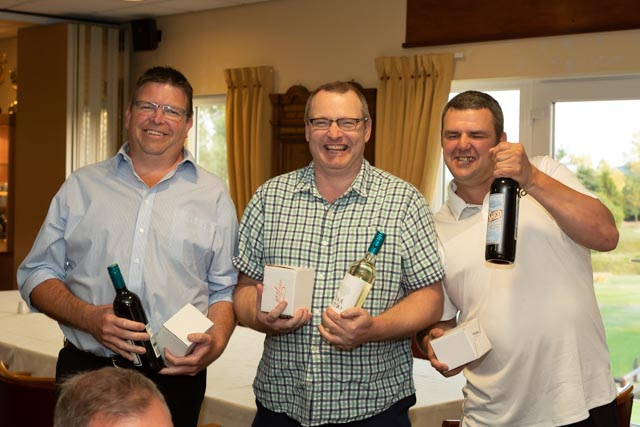 The standard was a few shots shy of the golf on show at the Carnoustie British Open, but Logic Wealth Planning’s staff golf day at the Rossendale club was a fabulous success.

The team outing was a huge thank you to staff who have worked tirelessly to keep the business moving forward. The company has expanded, new team members have joined the Heywood office and everyone connected with Logic Wealth Planning has continued to raise standards.

It’s been a wonderful few years. Organising a day out on a beautiful golf course was a gesture to show how much the hard-working staff are appreciated. 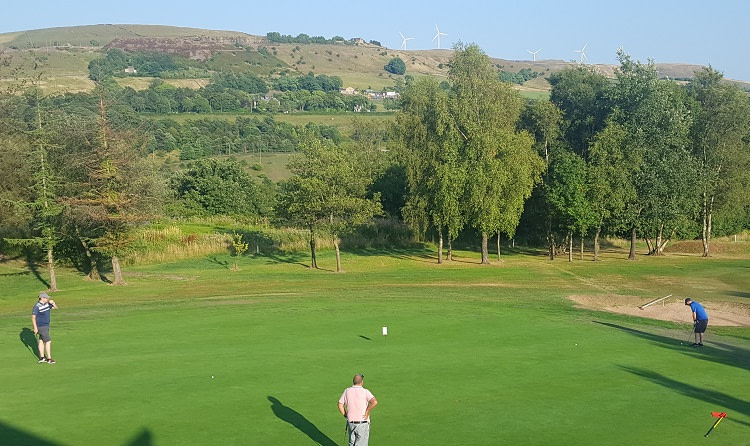 Time away from the office

Getting away for the office environment is important. Team days out offer a chance for people to get to know each other in a fresh setting.

Although a number of the Logic Wealth Planning team enjoy a round of golf, it was an opportunity for others to appreciate a beautiful setting. There was also the chance to take advantage of the superb food and drink facilities at the Rossendale Golf Club.

And what a course! The Rossendale club is set in rolling Lancashire countryside, with a backdrop of magnificent hills and stunning greenery.

Even the impressive wind turbines look down with an approving nod, generating essential power but turning at a leisurely and respectful pace.

It was another warm and sunny day, and we couldn’t have picked a better location.

Let’s get one thing straight; this was a day of celebration, but some of the Logic Wealth Planning team have a real competitive edge. Clubs had been polished, new balls purchased and several hours had been spent on the driving range. You could see the determination in their eyes.

The teams were a mix of staff and guests, and we got underway in mid-afternoon. A fair scoring system was established to give balance to the competition, and all eyes were on the score cards as the four groups of players made their way around the course. 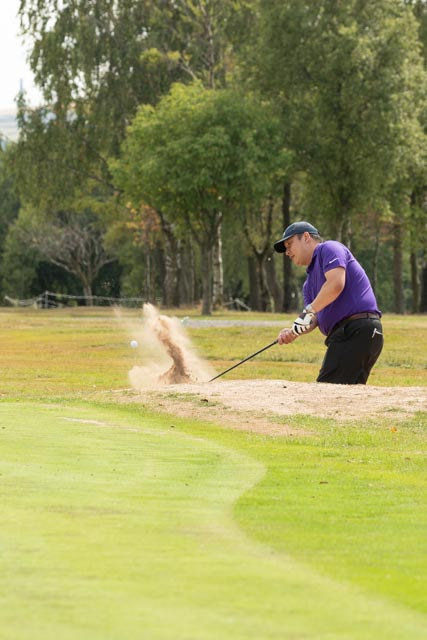 There were ups, downs, lost balls, drama in the bunkers and a few hacks in the undergrowth. But it was fun in the sun, despite some tough fairways and greens.

Some amazing shots were captured on film and some impressive scores recorded on challenging areas of the course. The players made it to the final hole still sporting smiles and still determined to finish with a flourish.

There was an air of quiet confidence as the teams made their way into the Rossendale Gold Club bar. The teams all thought they had the competition in the bag. But it was tense. The last team home was still calculating scores and passing totals to the officials.

As we waited, everyone sat down to a tasty meal in the elegant function room. It’s adorned with photos and trophies acknowledging golf club captains, officials and champions. It all added to the drama as the group enjoyed some great food and drinks as they waited for the results.

There wasn’t a roll of drums, but when company MD Yianni stood to make the announcement the room fell silent. We won’t embarrass winners and losers, but the triumphant team was rewarded with bottles of wine and trophies. Individual prizes were also dished out, and a range of novelty presents made everyone laugh.

It was a great occasion and some lovely speeches were made, from both staff and their guests who joined Logic Wealth Planning for the day. It couldn’t have gone better.

A big thank you!

There are too many people to mention, but thanks must go to Hazel who put so much time into the organisation of the event, the staff who welcomed guests to the venue, David who took some great pictures around the course, and everyone at Rossendale Golf Club for making us feel so welcome.

The charity golf day in August is already eagerly anticipated…